Behind the scenes
Details

The spectator becomes an actor
Details

Our achievements in pictures
Details

The corner of young artists
Details

Shows in our repertoire

Sound coverage of events in large spaces during outdoor events has always been a real problem for show organizers.
This requires going through huge sound systems which most of the time create noise pollution for the neighborhood.
We have been thinking for years about setting up a system that would allow us to cover vast territories while controlling costs.

It is in this reflection that we present our new web app.
This device has been specially designed for timecoded shows such as fireworks, video mappings, sound and light shows... or any other type of event requiring synchronization to a soundtrack.

This solution can be used in different ways:
1°) Each spectator uses their smartphone to listen to the sound of the event,
2°) A sound system is connected to a smartphone, computer or tablet, which allows the soundtrack to be broadcast in a defined area.

The quality and stability of the mobile network is essential for the success of the device.

On the occasion of the celebration of the French National Day 2021 in Orléans , the traditional pyromusical fire had to be adapted to the health constraints in force.

Our web application (available on 13juilletpontdeleurope.fr ) has therefore enabled spectators to be independent in listening to the soundtrack of the show, guaranteeing optimal quality of audio transmission and minimum latency in communication and synchronization with the pyrotechnic system for this 20-minute show.

4 390 devices downloaded the soundtrack on July 13

Despite the inclement weather, the website recorded 3500 devices connected during the fire

1 device broadcast on average the sound for a group of 4 to 5 people through its loudspeaker, so it's between 10 800 and 17 500 people who were able to enjoy the show outside, on the banks of the Loire, or in the warmth of their homes watching the show through the window! 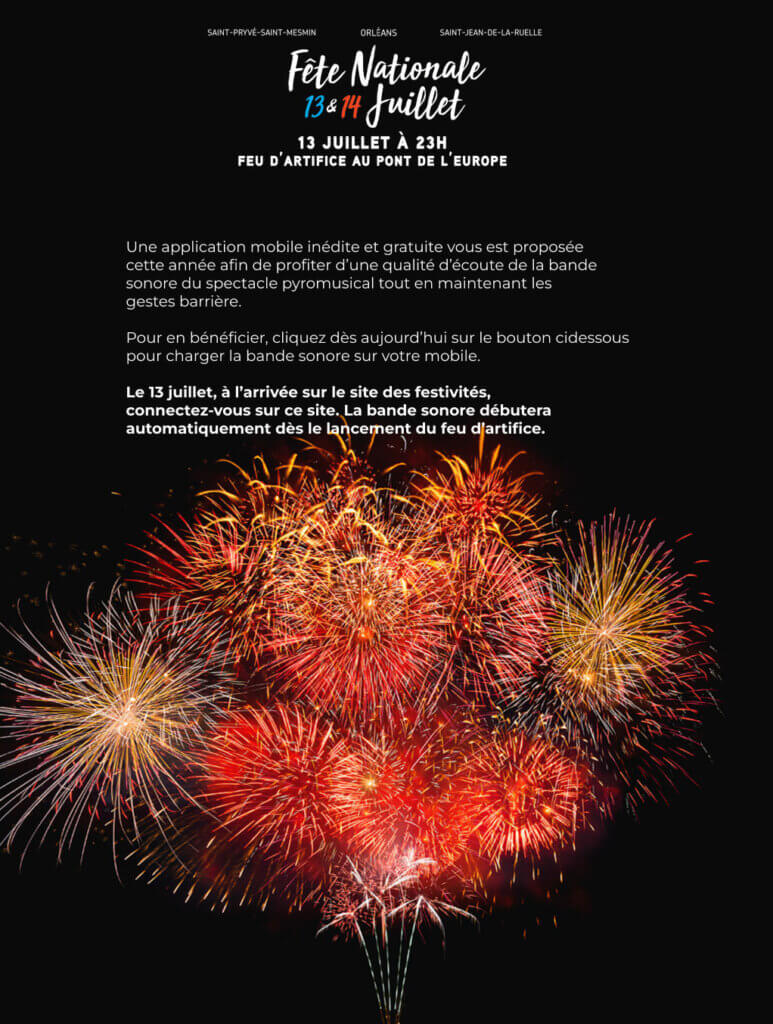 Smartphone-enabled (iOS and Android), tablet, computer
Free for the spectator
No distance limit
Works in 4G and 5G 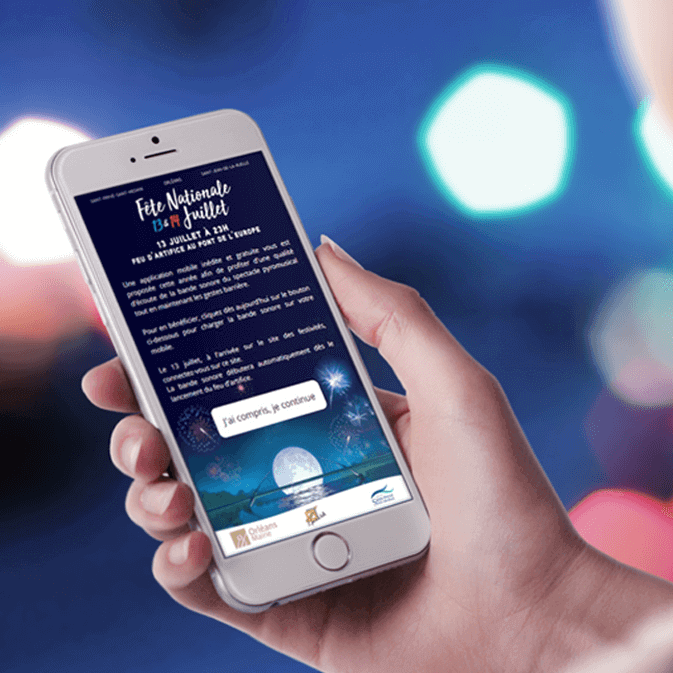